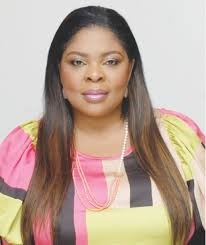 Founded in 2013 by Tori Abiola, WOWe (Women of West Africa Entrepreneurship)  is a widely respected and impactful programme that has supported and trained West African women entrepreneurs in investment training and financial achievement goals. The programme has invested over $250,000 since its inception in empowering over 5,000 women entrepreneurs from West Africa, through support of organisations such as Nigerian Stock Exchange, Access Bank, UN Women, Chapel Hill Denham, First Bank, Nestle, and media coverage in Forbes, Fortune, Guardian Newspaper, This Day and Business Day.

Women’s Entrepreneurship Day is a UN global recognised day which celebrates women entrepreneurship globally, Tori Abiola was invited to be the founding Ambassador in 2014 and continues to co-organise the annual event in Nigeria, empowering over 300 women annually, and enjoying support from UN Women and other leading Women Entrepreneurs in Nigeria, including Nike Ogunlesi who featured as a speaker.

WOWe’s vision is to help women access finance, and make them better business leaders and entrepreneurs.

In Tori Abiola’s words,“I started WOWe because I totally believe that women should be  the stewards of their own economic destiny, and know first hand as a third generation business woman, how competent West African Women are at making something out of apparently nothing – I think it’s important to support women entrepreneurship in Nigeria and Africa because of the impact that women can have on poverty alleviation, wealth creation and good governance when they are given equal access to opportunity as men. I noticed there were lots of programmes for women at the bottom of the pyramid, for example, but was keen to look for programmes that would allow women to scale with impact. I think a totally new conversation needs to be had around women empowerment in Africa and globally. I think the world is missing out by not giving women a fair and equal opportunity to be economic transformation agents.”

Her inspiration came when she worked for the Institute of Chartered Accountants England and Wales in the commercial department, the institute had over 138,000 members, she wanted to replicate the sort of institution but with a focus on women entrepreneurs in Nigeria, West Africa, Africa – where they could network, develop their skills, get updated information and form a body/lobby group that can move their own agenda/priorities.